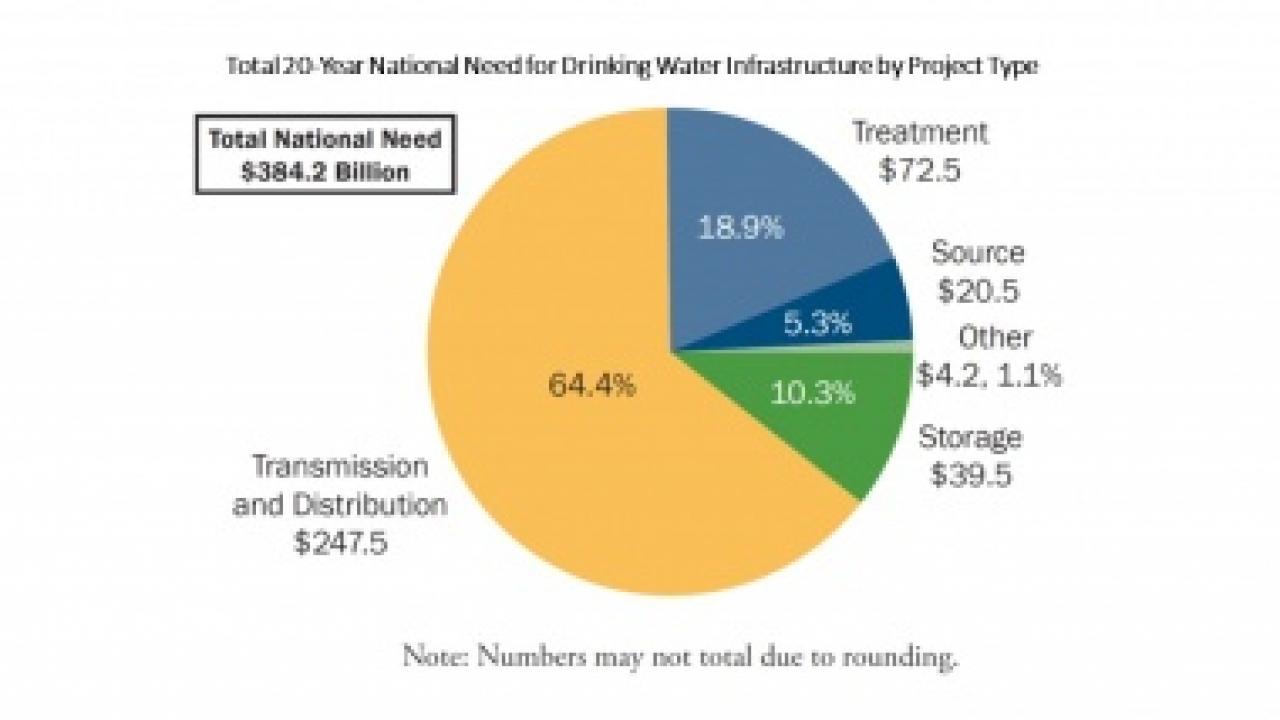 However, does Trump’s infrastructure plan offer a silver lining for environmental policy within this new political reality? The goal of the plan is to finance $100 trillion in infrastructure investments, mostly through tax breaks and regulatory relief to private companies. There are massive needs for spending on environmental infrastructure. According to the latest EPA survey, drinking water systems nationwide need at least $384 billion dollars of investment to reduce the risks of public health disasters like what happened with lead pipes in Flint, Michigan. The National Park system faces a $11.39 billion shortfall to maintain infrastructure for one of America’s greatest assets. In its 2009 report to Congress, the National Committee on Levee Safety recommended establishing a levee rehabilitation, improvement, and flood risk mitigation fund with annual costs of $923 million in the first five years and $1.53 million going forward. There are additional costs for both “grey” and “green” infrastructure in coastal regions that are already experiencing increased rates of flooding during high tides, and extreme events like Superstorm Sandy and Hurricane Katrina. Even these limited examples of environmental infrastructure needs are approaching the target funding amount of Trump’s infrastructure plan.

Second, Trump’s strategy of tax breaks is not consistent with the traditional approach to environmental infrastructure spending by government. Most people do not realize that the vast majority of environmental policy is actually spending money on projects, rather than the costs of regulation.  For example, the 2016 Water Resources Development Act that funds Army Corps of Engineers and other water projects is estimated to cost $6.3 billion from 2017-2026. Infrastructure bills like the WRDA often enjoy overwhelming bi-partisan support due to the particularized, local economic benefits delivered to states and Congressional districts. Even with tax incentives, private companies will still only invest in projects that provide direct economic profits and will underinvest in projects with public economic and environmental benefits. Trump will have to adjust his infrastructure plan to align with the political realities of Congress, and avoid the potential traps posed by a tax incentive strategy.