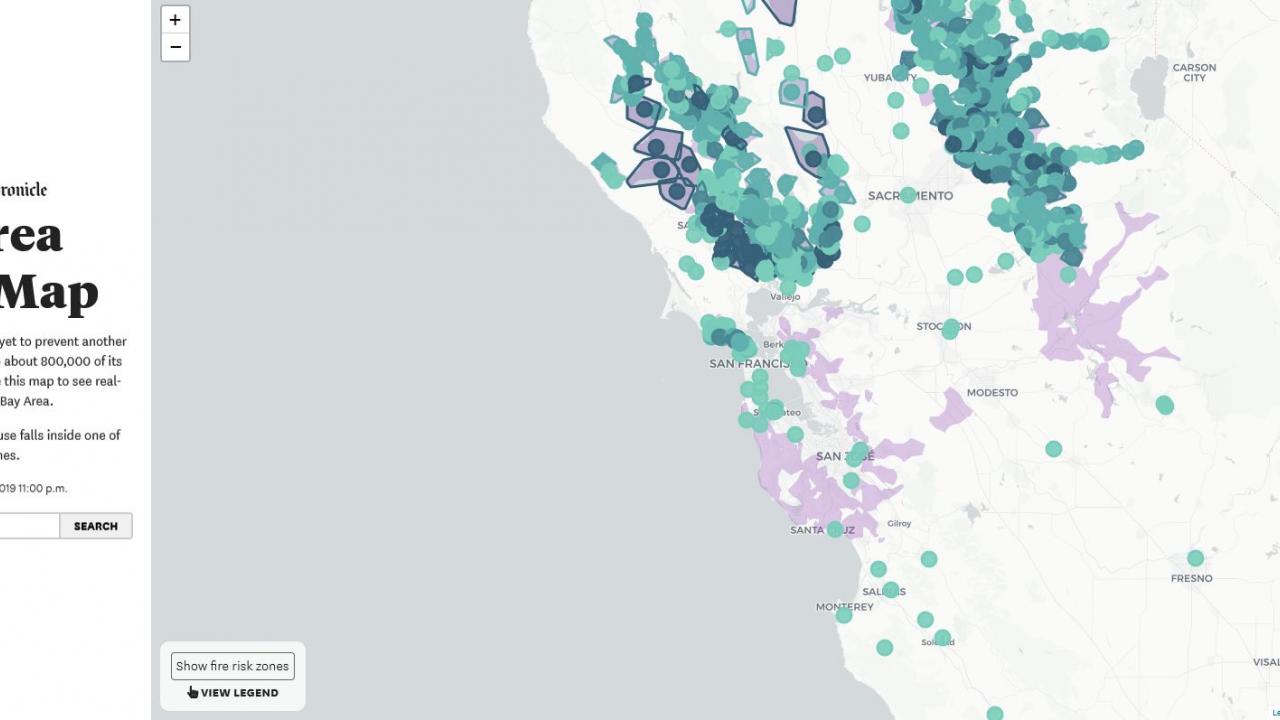 PG&E: Cause, or Symptom?

I woke up this morning in Davis, California to the sound of high winds and the taste of dry, brittle air. Neighboring communities in the Sierra foothills and various Western ranges are experiencing a planned power outage, as the investor-owned private utility PG&E shuts down their system in an attempt to avoid catastrophic wildfires like the Camp Fire. It is now well-known that PG&E power lines have been the proximate cause of many of California's recent fires.  The current power outage is truly remarkable in scope, and illustrates the nexus between energy, climate, and many other aspects of society. The public and many policy stakeholders are blaming PG&E for this situation.  But is PG&E really the cause of this situation, or a symptom of much broader and long-term social and environmental processes?

On the one hand, it is certainly worth investigating PG&E operations as a direct cause of the fires and whether this type of power outage is necessary or should occur. PG&E is supposed to comply with a number of government regulations regarding fire maintenance, as well as rate regulation by the California Public Utilities Commission. But as a private investor-owned utility, PG&E does have an incentive to increase profits, which may involve cutting costs.  Hence, they may only minimally comply with the regulations rather than spending all the money that should be invested in fire safety.  Or they may just be poorly managed.  These among other issues should be closely scrutinized in the various lawsuits and policy changes happening in response to the fires. Clearly PG&E is having difficulty dealing with the costs of fire prevention, as well as the liabilities and lawsuits after fires. They have submitted a new rate case to the CPUC, and much of the new revenue is expected to be devoted reducing infrastructure risk. They recently declared bankruptcy, and are now involved in a massive legal battle that revolves around how much damage claims they will have to pay to individual fire victims.

But I think that much of the policy and public debate has failed to pay enough attention to some much broader and longer-term social and environmental processes, which have really converged to make PG&E as much of symptom or even a victim, as they are a cause of these problems. Climate change is extending California's fire seasons, and leading to hotter temperatures, dryer conditions, new vegetation dynamics, and wind patterns that increase the risks for large fires.  The wildland-urban interface (WUI), where human infrastructure and housing is closer to forest fuels, has experienced some of the highest rates of development relative to other types of landscapes.  People in the WUI really value having forested landscapes near them, despite regulations and partnerships for fire safe communities that encourage fire-safe building materials and landscaping practices. People also want cheap electricity--electricity rates would be much higher if PG&E had installed underground power lines to serve all of these rural WUI developments. More than a century of poor forest management, including excluding fire from the landscape, has increased forest density and the availability of smaller fuels so that when a fire does start, it has a higher chance of being catastrophic.  And while it is easy to blame PG&E as a villain in all of this, much of the blame for these broader processes comes from economic activities in which most people participate.

Hence, changing PG&E's operations and holding them accountable will not alone solve the problem, and make California more resilient to climate change and fire.  We must also examine these broader processes that have converged to create the environment where a PG&E spark can be so very dangerous, forcing them to resort to cutting their services in the hope of preventing the next catastrophe.