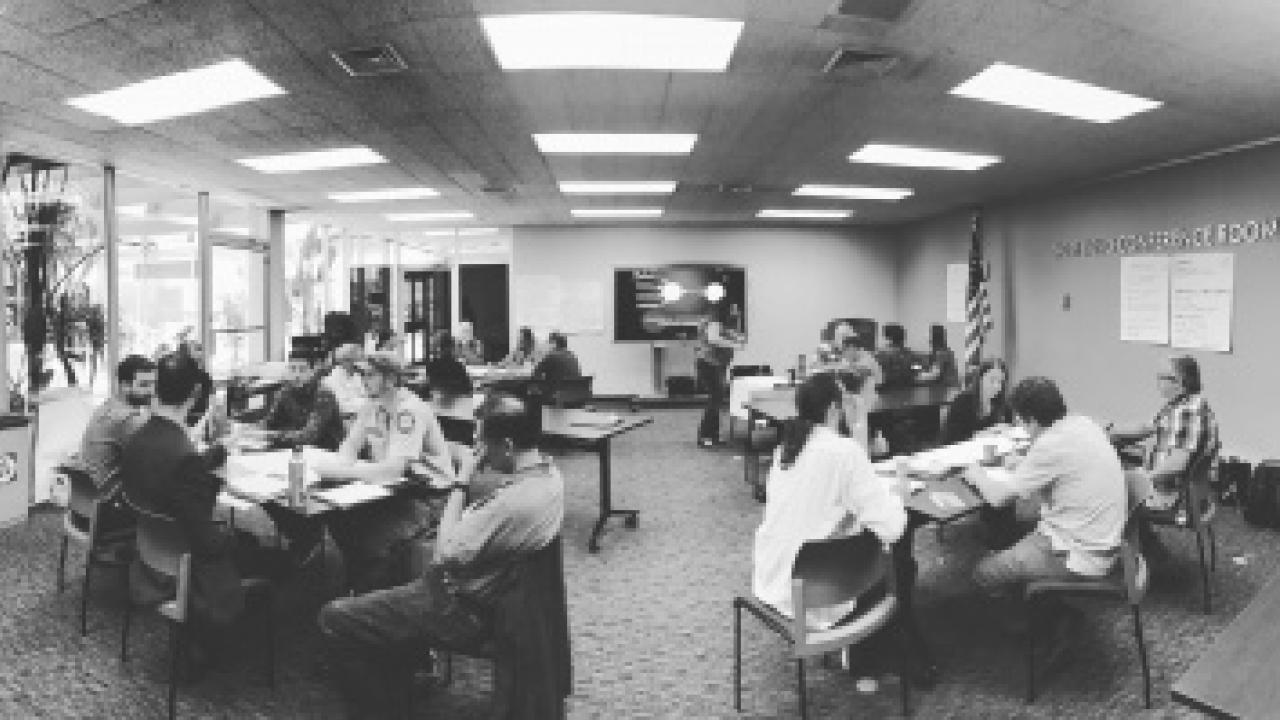 California’s drought appears over, at least above ground. As of April 2017, reservoirs were around 2 million acre feet above normal with record breaking snowpack . This is great news for the 75% of Californians that get their drinking water from large, urban surface water suppliers. Groundwater, however, takes longer to recharge and replenish. What does this mean for the more than 2,000 small community water systems and hundreds of thousands of private well-reliant households that rely on groundwater?

Small water systems are defined in our study as those have fewer than 3,000 connections, i.e. those that are not required to file an Urban Water Management Plan (UWMP). A large proportion of small systems serve low-income communities in rural areas. These communities are burdened with high unemployment, crime, and pollution, and their water systems typically have lower technical, managerial, and financial capacity for operations. Of the approximately 13 million people living within disadvantaged communities (DAC), nearly 2 million get their drinking water from a small system. These low-income communities are disproportionately exposed to contaminated drinking water, usually from small systems that struggle to comply with regulations.

These same small systems were hit hard by the drought, and in many cases are the least prepared. The state knew this headed into the drought: “California also has small, rural water companies or districts with virtually no capacity to respond to drought or other emergencies [… a portion of the small systems]  in the state face running dry in the second or third year of a drought” (p.56, emphasis added). In contrast, urban drinking water suppliers (larger systems) are required to have a water shortage contingency plans (Shortage Plan) since the passage of the Urban Water Management Act in 1983. Aside from lower reservoir levels and toxic algal blooms, the majority of large surface water suppliers weathered the recent drought (2012-2016) without supply disruptions or other negative impacts to their customers. A 2015 survey distributed by the UC Davis Policy Institute shows that more large systems (89%) have written drought contingency plans (Plan) than small systems (63%) (manuscript in prep). When asked whether their Plan was sufficient to mitigate the drought’s impacts on water supply, 22% of large and 28% of small system respondents said it was not sufficient or only somewhat sufficient, which begs the question of how can these be improved before the next drought?

Furthermore, 2800+ households on private, domestic wells reported problems due to the drought. The severity of private well failures prompted the Water Board to create a one-time funding program to assist households and local/state small systems (those under 15 service connections): $5 million was available as low-interest loans or grants. Small, rural water systems and their frequently disadvantaged residents remain vulnerable to quality and supply concerns (see Water Deeply’s Toxic Taps series for a look at these concerns in the Central Valley). They usually only have one or two different water sources and have few permanent or emergency interties with neighboring systems; this limits their supply flexibility, which is critical during multiple dry years. Small systems account for 71% of systems that faced drought-related supply or quality emergencies and sought financial assistance from the State Water Resources Control Board (Water Board).

Recognizing the extra burden of small systems, the 2016 Executive Order Making Conservation a Way of Life directed DWR to “work with counties to facilitate improved drought planning for small suppliers and rural communities”. The explicit focus on these systems and communities highlights the state’s acknowledgment that, “The ongoing drought has brought attention to the reality that many small water suppliers and rural communities are struggling to meet demands with significantly reduced water supplies – or even running out of water altogether” (p.3-17, emphasis added).

DWR’s Draft Executive Order Framework gives counties two years to figure out how to ensure drought resilience for households and areas under their jurisdiction that are otherwise not covered by an existing drought contingency plan. Hopefully, this will ensure that during the next severe drought, we won’t see 2800+ households running out of water; they will have long-term solutions in place. The East Porterville project underway in Tulare County shows what’s possible when state financing and local political will align.

The final phase of the research project will be day-long Forum on Drought Resilience for Small Systems in Sacramento next month. The forum is jointly hosted by the UC Davis Policy Institute and the Environmental Justice Coalition for Water. It will provide a venue for small system managers, state agency staff, technical assistance providers, and other interested stakeholders to discuss how best to overcome barriers to drought resilience for small systems. For more information on the Drought Forum, contact Meghan Klasic (mrklasic@ucdavis.edu).A team of UC Davis researchers interviewed a subset of California’s small “self-sufficient” water system operators, managers, and board members during Summer 2016 about drought impacts, responses, and barriers to and options for adaptation. Self-sufficient systems do not purchase or import water from the Central Valley Project nor the State Water Project. In Summer 2017, the team organized three regional drought resilience workshops to complement the interview-based findings: Clear Lake, Modesto and Salinas. These workshops served to underscore the ongoing challenges facing smaller systems, the added water supply and quality pressures during extreme dry years and multi-year droughts, and the important role of the state in supporting local drought resilience.

Amanda Fencl is a PhD Candidate in Geography at UC Davis.  Her dissertation is on California’s complex drinking water system and its adaptation to drought and climate change.  Meghan Klasic is a 3rd year PhD student in the UC Davis Geography Graduate Group studying transboundary water quality management and climate change adaptation. Many thanks to Dr. Julia Ekstrom and Dr. Mark Lubell for their review and edits. This research was made possible by funding from an NSF Graduate Research Fellowship, California’s 4th Climate Impact Assessment, and EPA STAR.

Balazs, Carolina and Isha Ray (2014) The Drinking Water Disparities Framework: On the Origins and Persistence of Inequities in Exposure. Am J Public Health. 104(4): 603–611.

Harter, Thomas (2017). Post-drought groundwater in California: Like the economy after a deep “recession,” recovery will be slow. California WaterBlog.