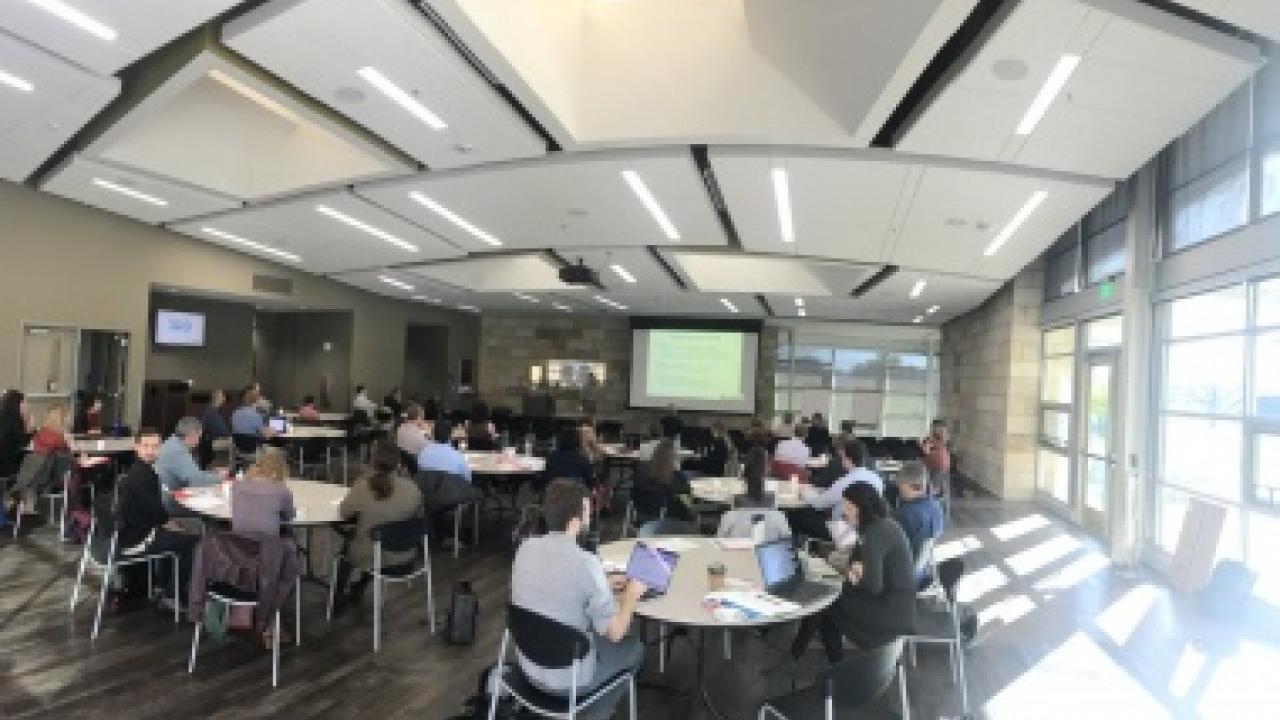 The Center for Environmental Policy and Behavior and the Department of Water Resources organized a conference to connect researchers and practitioners working on the Sustainable Groundwater Management Act (SGMA) in California. The conference was held on February 6th, 2018 at the University of California Davis and assembled 55 social science researchers as well as practitioners from in and out of the state. The main objective of the conference was to strengthen collaboration across research teams as well as between researchers and practitioners to increase understanding on governance processes and to bridge the science-policy divide in order to support the creation of effective governance institutions with SGMA. The conference was motivated by the Center and the Department of Water Resources efforts to make information more accessible and foster collaboration.

The full document uploaded in this website contains the proceedings from this day. Document highlights include:

Common governance research themes: The SGMA research being conducted by in- and out-of-state research teams can be categorized into five common themes: (1) resource economics, (2) institutional design, (3) intersections between natural and social sciences, (4) stakeholder perceptions, and (5) inclusion of underrepresented groups. Mixed-method approaches, as well as information sharing among participating institutions, were emphasized as critical to advancing research on SGMA, GSAs, and eventually, GSPs. Research summaries are provided in the appendices.

Practitioner Concerns: The practitioner perspective on research focused on practical tools and examples of how to effectively implement SGMA requirements. Practitioners described four key challenges to implementation, including time constraints, the disjuncture between formal requirements and informal norms, meeting requirements on DACs and The Human Right to Water (AB 685), and linking SGMA to other water management processes. Practitioners also stressed research needs in three main areas, including models of collaboration, stakeholder representation, and DAC and tribal engagement.

Takeaways and next steps:

Main takeaways from the meeting include an appreciation of the value of social science approaches in addition to the biophysical and hydrological components of groundwater governance. Participants also emphasized the value of comparative and temporal perspectives, and the importance of regular and effective communication between researchers and practitioners during the research process.

In addition, participants emphasized the need for researchers to demonstrate how theoretical frameworks within these themes translate into practical and actionable recommendations for SGMA implementation. Similarly, researchers need to identify ways to effectively share research results and lessons learned with policy and practitioner communities on an ongoing basis. The benefits of connecting researchers with researchers and researchers with practitioners was reiterated throughout Conference discussions.

Many thanks to UC Davis and the team that pulled the Summit and Report together [ Linda Estelí Méndez-Barrientos, Cory L. Struthers, Kristin Dobbin, Mackenzie Johnson, Jessica Rudnick, Mark Lubell & Lisa Beutler} and the on-going support for facilitation from DWR.   Special thanks also go to Amanda Fencl & Sean Maxson for their help taking notes and formatting the document.